Are you looking to learn a little more about Victoria Falls Zimbabwe, what the seasons are like and what clothes to pack?  Then you’re in the right place!  In case you didn’t know, Vic Falls is a natural beauty – One of the 7 Natural Wonders of the World and one of the UNESCO World Heritage sites in Africa. On this page, you will know what Victoria Falls weather is like in January, February, March, April, May, June, July, August, September, October, November and December… How this affects the Waterfall and how the weather affects what you will be able to do during your visit. Come, I will show you around.

Victoria Falls Is A Natural Beauty!

Still natural and so close to being the same as when David Livingstone first clapped eyes on this majestic sight!

This is significant, as there is a delicate balance, to preserving the environment and keeping tourists safe and comfortable.

Victoria Falls is one of those places that has to be seen to be believed!

It has a supercharge of forceful power and yet invokes gentleness, has an atmosphere of electric excitement and yet is calming – a set of contrasts that can only be found in nature!

The sheer force and deafening roar of the water is overwhelming – who knew so much water was channelled into one place!   The fine mist or heavier spay wafts up from the gorge of churning waters.  It rises up to obscure or tease your viewing and is forced toward you by unpredictable breezes, wrapping you in an enchanting blanket of wonderment (albeit a soaking one too at times!)

An unbelievable sight and magical experience – if you go in the right season.

If it is important to you to see the Victoria Falls at it’s best, make sure you plan your trip with this in mind – it dries up considerably in the summer months.

A few years ago, it seemed to go viral, that Victoria Falls had dried up completely!  We got messages and phone calls from friends and family, asking if this was in fact true.

The Zambezi River never runs dry, there is always water flowing over – even in the dry season.  There have been a number of drought years and rainfall hasn’t been like it was back in the day, so this no doubt contributes to lower levels in the Zambezi river generally.  But it’s still flowing and rolling over the edge of the cliff face every second of the day.

Happily, this year (2018) has been an excellent year for rain!  Let’s hope it keeps up.

When David Livingstone got his first glimpse of the Falls on his second trip out in 1855, looking for ‘The Smoke that Sounds” it was the in November.  This is usually one of the driest or lowest in terms of water flow.  It was only because of this drop in water levels that Livingstone was able to get his canoe to the middle island (now Livingstone Island) and was able to peer over the edge!

He later exclaimed that,

“…No one can imagine the beauty of the view from anything witnessed in England,”

“…The most wonderful sight I had witnessed in Africa”

“…it’s rather a hopeless task to endeavour to convey an idea of it in words.”

To be on the safe side, he was very conservative of the length and depth of the waterfall, he explains here why…

“Whoever may come after me will not, I trust, have reason to say that I have indulged in exaggeration.”

With this in mind, you can be assured that a visit in any season would be worth your while.

What Are The Pros And Cons Of The Seasons?

Deciding when to visit may not be entirely yours to make.

Getting leave from work and planning around school holidays could have you visiting at a different season to what you had hoped.

But… if it was possible to have your holiday when you wanted, you would want to know all the possibilities of each month of the year.  So let’s do that now.

Victoria Falls Weather During The Seasons – Month By Month

Flood Season – February to May with a peak in April.

The rain would have normally have just begun by November and this year we have had rain in the last days of March.

Rains from higher up the Zambezi river as well as local rains, drain into the Zambezi and this raises the water levels over time.

By February more water is thundering over the precipice.  This makes for a continual rain shower with mist everywhere, often directed by the breeze, making visibility at times poor.

You will get wet along with anything else you carry during this time!  It is a very exhilarating experience!

Pros To Visiting Between February and May

Cons To Visiting Between February and May

Tip – Bring a raincoat!  Also a warm sweater – you will need it for warming up afterwards.   Although, there are raincoats for hire (at the entrance car park of the Victoria Falls) for around $3 each.

If this is the only time you can come, aim for early February or late May.  April is about the peak month.

Pros To Visiting Between June and August

Cons To Visiting Between June and August

Tip – It seems like these are the Goldilocks months – “Just Right!”

Dry Season – the rest of the year – driest in November.  Most of the rock face is visible with only trickles of water by Danger Point.  Note that The Devils Cataract always has water gushing over – the river never dries up completely.  The Zambian side is dry for most of this period.

The Zambezi River And The Fisherman

As the water levels are low, seeing fisherman in the river (along the Zambezi Drive or the Loop Road) is quite common.  A number of locals also bathe here as part of their religious beliefs.

Pros To Visiting Between September and November

Cons To Visiting Between September and November

In transit and think you have malaria while you are on holiday here? The Victoria Falls Pharmacy have a test that can be done immediately that will give you the answer straight away.  It will even tell you the strain of malaria you have.

Rainy Season – starts in late November with occasional showers throughout the next few months up until early April. It seldom rains for very long.  It usually builds up – making everything hot and sticky – rains and then builds up again.  The rain can come every day or once a week… it’s not very predictable.  But cool is always something we welcome here as it’s mostly hot year-round.

Pros To Visiting in December and January

Cons To Visiting in December and January

Tip – bring an umbrella, good footwear and a sweater.

The spray – seen from the main road in the Victoria Falls town reminding us it is there. It billows into the sky and has been recorded that it typically measures to a height of over 400 metres (although it’s considerably less during low water flow) and is visible from quite a distance (Wikipedia says 50 km away, I’ll take their word on it lol!).  The Spray literally changes every day!

Personally, I love both seasons and the bits in between!  It’s been a fascinating watch, observing the Zambezi River as it rises and then drops, noting the changes in the landscape and seeing the birds and occasional wildlife, that wander into town.

And most of all? – Sunrise! It’s like a gift every morning. I must have hundreds of sunrise photos! Our flat window is positioned in prime view of the spray from the Falls (mostly only seen from there at sunrise), it’s a treat to watch every morning during breakfast. However, once the sun is up, it’s pretty hot, and in September/October, it can be quite unbearable.  Thank goodness for air-con, fans and swimming pools! ☺

View The Victoria Falls From A Drone’s Perspective!

Want to get a real feel experience?  The following two videos from National Geographic – enable you to see 360 degrees.  Use two fingers to direct the video or use the arrow keys to direct the view.

The Beauty Is In Its Naturalness

Victoria Falls has been kept quite natural. No huge built up fences or barriers to mar the beauty. Instead, the gorges are made safe using simple stick fences and are adequately secured at all the viewing points. From danger point on there is no protection, and obviously, caution will be needed. Signs clearly mark where not to go. Don’t be tempted to get any dangerously positioned selfies!

(On the Zambia side, there are barriers due to the sheer drop. But it allows you to experience the waterfall close up.)

The pathways along the waterfall front are made using stones and concrete. Though plain, they blend naturally into the environment and are practical and hard-wearing for all the frequent visitors.

While this is not always the case – the drier months are different, it is worth being careful at all times, especially down the stairs.

–  wear shoes with a good grip
–  walk with someone
–  take your time!

What You Can Expect To See – Tour the Victoria Falls

The larger part of the waterfall is on the Zimbabwe side which has the best viewing points – fifteen of them (more if you include the bridge view) that span the following features of the waterfalls.

The Victoria Falls Bridge connects the two countries – Zimbabwe and Zambia.  You will see this bridge on your tour, it’s right at the end.  On the Zambia side, you get to look up at it from the bottom of the walking trail.

Enjoy the beauty of nature and look out for the little wonders too!

On Google, it says that the average visitor to the Falls only stays for 45 minutes!  You’ve spent a lot of money to visit this Natural Wonder – don’t rush through the experience, relax and enjoy! 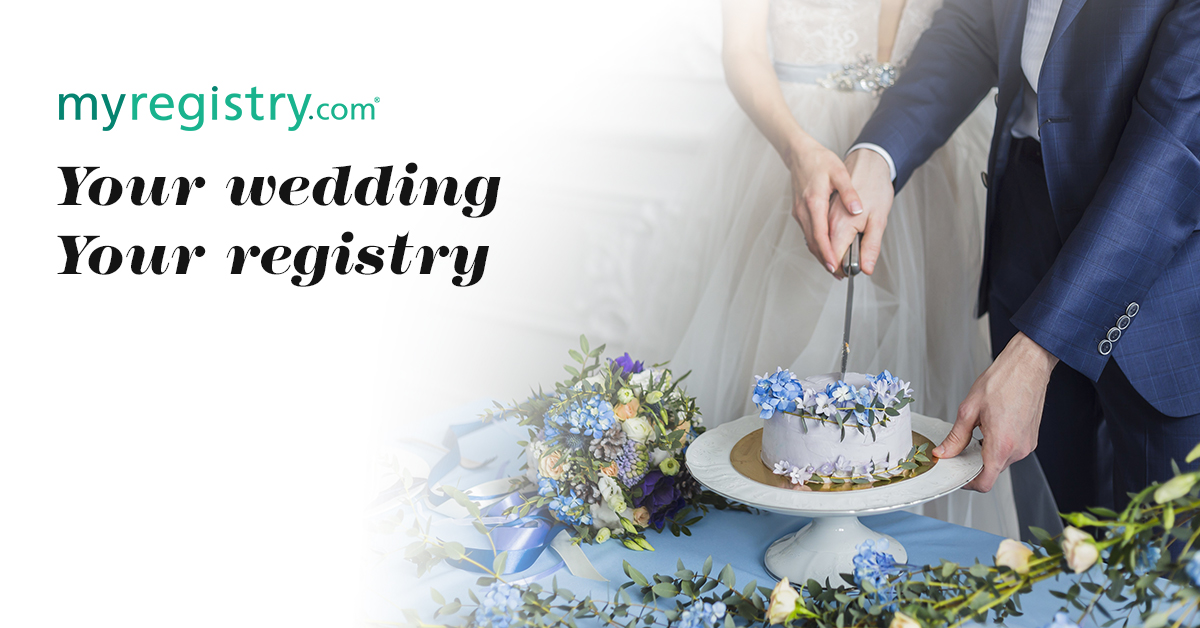 Victoria Falls as you can see is still a Natural Beauty! And Seasons Really Do Matter!

There you have it, Victoria Falls weather month by month. Why you need to visit and what the best time of year is for you. We also believe it would make an amazing wedding destination. Help me make the page useful to everyone by leaving comments and questions below and whether you have visited any of the 7 natural wonders of the world.

46 thoughts on “Victoria Falls Weather Month By Month – Does It Really Matter?”